At the very core of this beautiful religion, Allah ﷻ has decreed our fundamental beliefs, the articles his creation need to believe in to be true and proper Muslims.

These are mentioned to us by the great Angel Jibreel (a.s) in a conversation he had with our beloved Prophet Muhammad ﷺ:

From this hadith, we derive the 6 fundamental beliefs of every Muslim in the religion of Islam:

2. Belief in His Angels

3. Belief in His Books

4. Belief in His Prophets

5. Belief in the Day of Judgement & Life After Death

Let us summarize each of these articles of faith before doing a deep dive into each one of them individually inshaAllah.

The central and most essential belief of every Muslim, the belief without which a person simply can’t be considered a Muslim is the belief in Allah ﷻ and the oneness of Allah.

If the first of you and the last of you, the living among you and the dead among you, the fresh among you and the dry among you were to gather together upon one plateau, and each person among them were to ask for his utmost desire, and I were to give each what he asked for, that would not diminish from My sovereignty, except as if one of you were to pass by an ocean and dip a needle into it and then remove it. That is because I am the Most Generous, the Most Glorious, doing as I will.

2. Belief in His Angels

As Muslims, we believe that Allah has created Angels alongside human beings, jinn, and all of his other creation.

Angels are part of the unseen, the things that exist but we never see them until we die.

Angels are created from Noor (light) and they are completely sinless. They do not have the ability to sin nor to disobey Allah. They do only what Allah orders them to do.

Angels have many responsibilities, such as: bringing the revelation from Allah to the Prophets, taking care of the world; its weather, seas and mountains among other things.

Many Angels have been created just to worship Allah and they spend their lives in his worship.

3. Belief in His Books

Over the course of humans living on earth, Allah ﷻ sent revelation to us through his specially chosen Prophets and Messengers. They would receive this revelation and they would convey it to their followers.

Some of the Prophets received the revelation in a book form whereas some would receive it in small booklets. Many prophets did not receive revelation in book form and they continued the practice of the previous prophets before them.

The Qur’an is the final book revealed by Allah after which revelation has come to an end. The Qur’an will remain as the book of Allah to be followed by all Muslims until the end of time.

4. Belief in His Prophets

Allah ﷻ chose a handful of special people from all of his creation who would come to us and guide us towards the right path. Their job was to show us how to be good human beings and to help us connect with Allah, our creator.

The Prophets and Messengers of Allah were kind hearted human beings and they had the best of character. Amongst all human beings, they are the closest and most beloved to Allah.

Allah chose them to guide us and they were guided only by Allah.

The Prophet Muhammad ﷺ was the greatest of all Prophets and he was the last and final Messenger of Allah.

5. Belief in the Day of Judgement & Life After Death

As Muslims, we believe that this life we are living is a limited life in which we are tested by Allah. How we perform in this test will determine our eternal abode in the afterlife.

There will be a Day of Judgement in which Allah ﷻ will question us and ask us how we used our time he gave us in the world.

Everything that has happened and everything that will happen is already in the knowledge of our creator, Allah. He is the one who wrote the fate and destiny of all his creation.

Allah is the only one with the knowledge of Qadr (divine decree). No one is aware of the future except Allah.

The fate and destiny of all creation was determined by Allah before we were even created and nothing can be changed except if he wills. 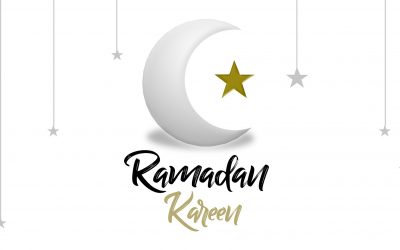 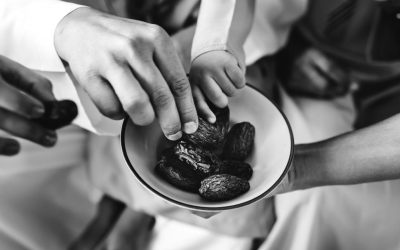 Allah Says: Fasting Is for Me & I Am the One Who Rewards Fasting 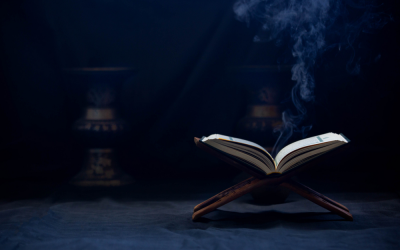 Qur’an Perfected is an online Quran school dedicated to the progress of all Muslim children in the recitation of Quran, understanding the Quran and learning true Islam.

Quran Perfected allows your child to learn the Quran practically and stress-free from the comfort of your home by combining the latest technology with the best teaching methods and highly experienced teachers.

Allah Says: Fasting Is for Me & I Am the One Who Rewards Fasting

You have Successfully Subscribed!